What is the meaning of a church in modern times?

In times of uncertainty and conflict we search for answers, no matter the religion. We try to get a little closer to God and find peace. What place on earth could bare such extraordinary fitting properties and then how could we add something to it?

On top of the Pulpit Rock we get as close as never and it fells like we are just a few steps away.

“But above all: the light!” Luigi Snozzi

The immaterial light chapel mirrors a destination of the Pulpit Rock accentuated with the importance of the element: natural light. The landmark can be reached after a couple of hours hiking, followed then by a change of scenery. The incidence of light and its psychological effect onto people are the main aspects in our concept. In the chapel visitors are stimulated to follow the light.

The trinity takes form in two shaped volumes and a plinth, interacting with each other but containing its own function. The vertical form is also divided in three elements: on the base are toilets assigned, in the center attached to the chapel resides the sacristy and on top the bell tower is erected. This volume gains lightness and breaks sunbeams by dissolving to the top. The horizontal form builds the chapel indicating an ascension to the light. The hikers are involved in a mystical atmosphere rendered with a few, but specific elements. The path consists of steps, which in one way suggest a single-handed pace in contemplation and in the other provide combining two levels seats for a Holy Mass. On the edge of the chapel is located a minimal light flooded room, that offers a new spectacular view of the landscape. A wall detached from the shell separates both spaces and leaves a luminous gap controlling the course of the ascent. The light oriented sculpture stands on top of a plinth that completes the three-pieced church and extends a platform over the cliff.

The cantilever arm of the chapel is held with a room-high steel truss, that rests on the structure of the bell tower. The base absorbs and distributes the weight of both volumes, avoiding the need for extravagant foundations. The framework is dressed with corten steel panels, that age with time and confer a monolithic, rough to its face. The steel components can be easily set up and disassembled, by screwing them together.

The church marks the destination like a lighthouse on top of the Pulpit Rock, completing the natural scenery. 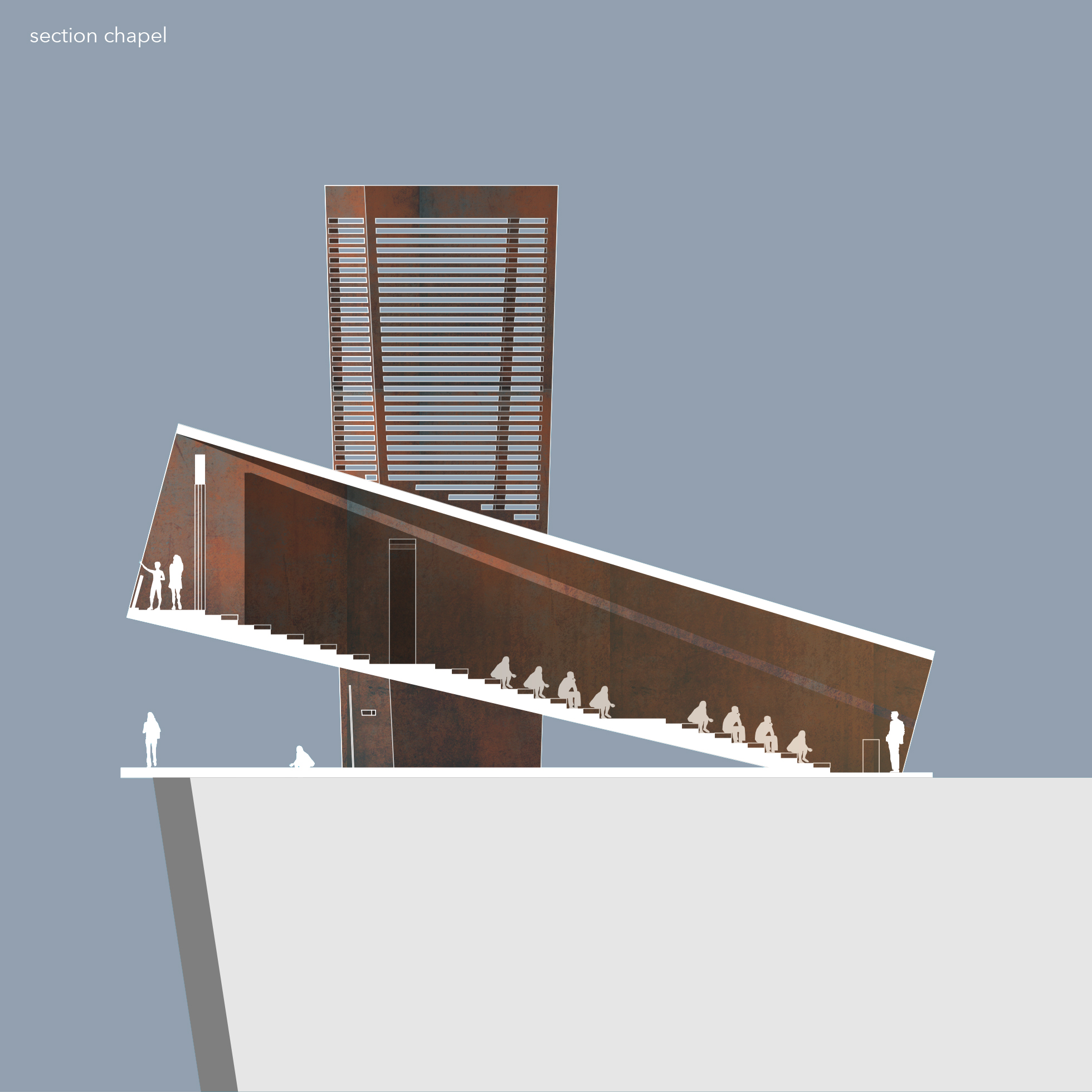 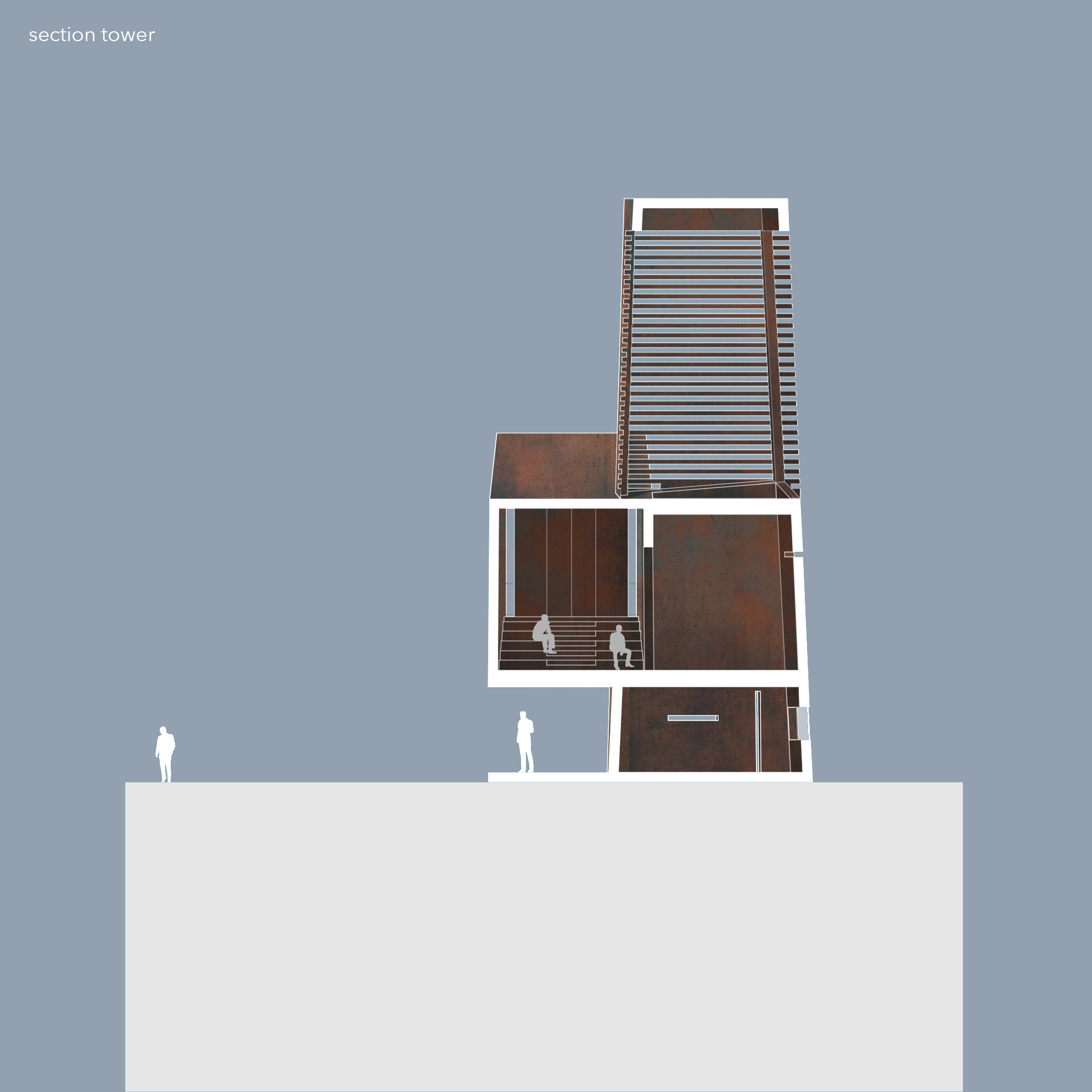 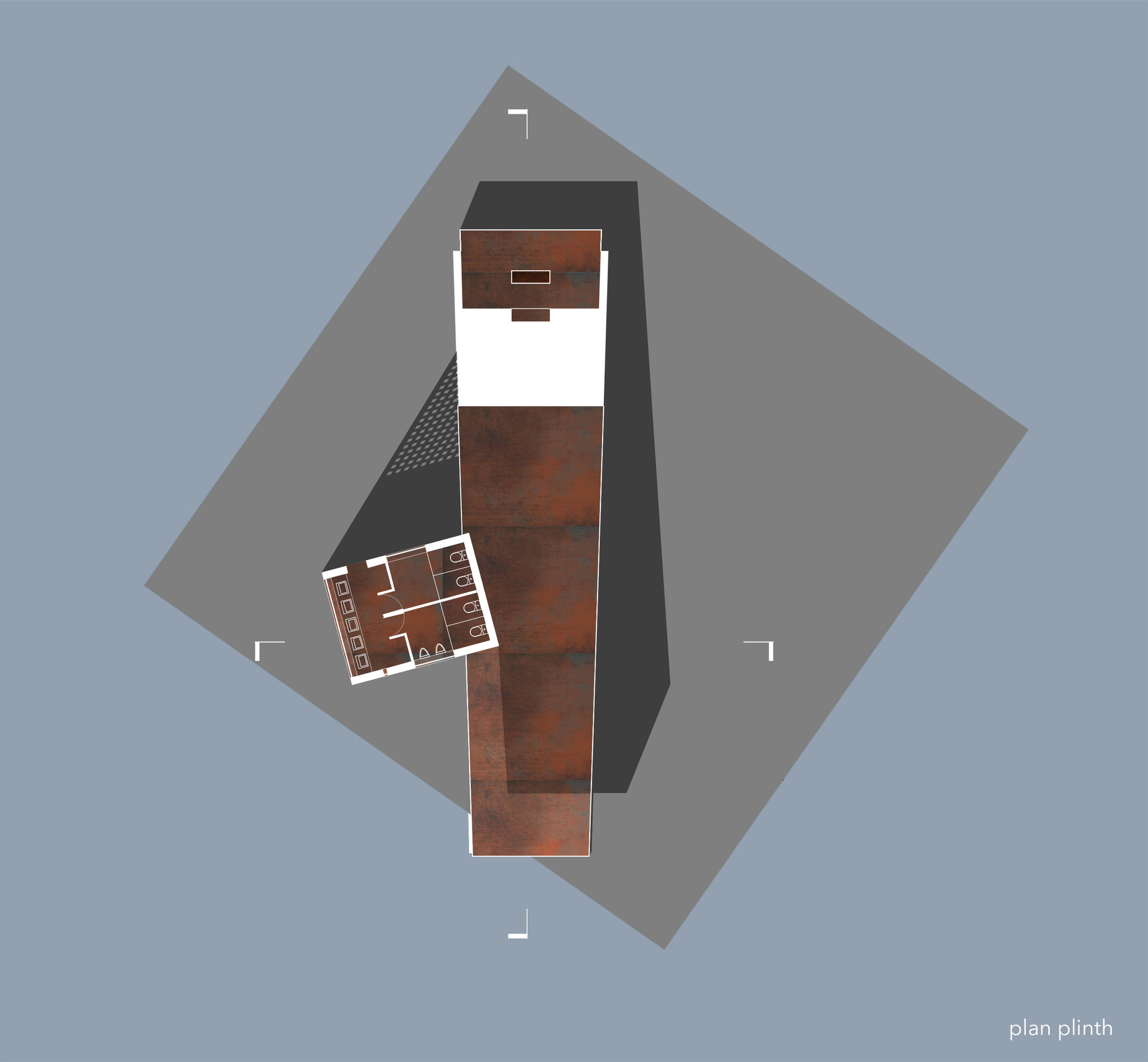 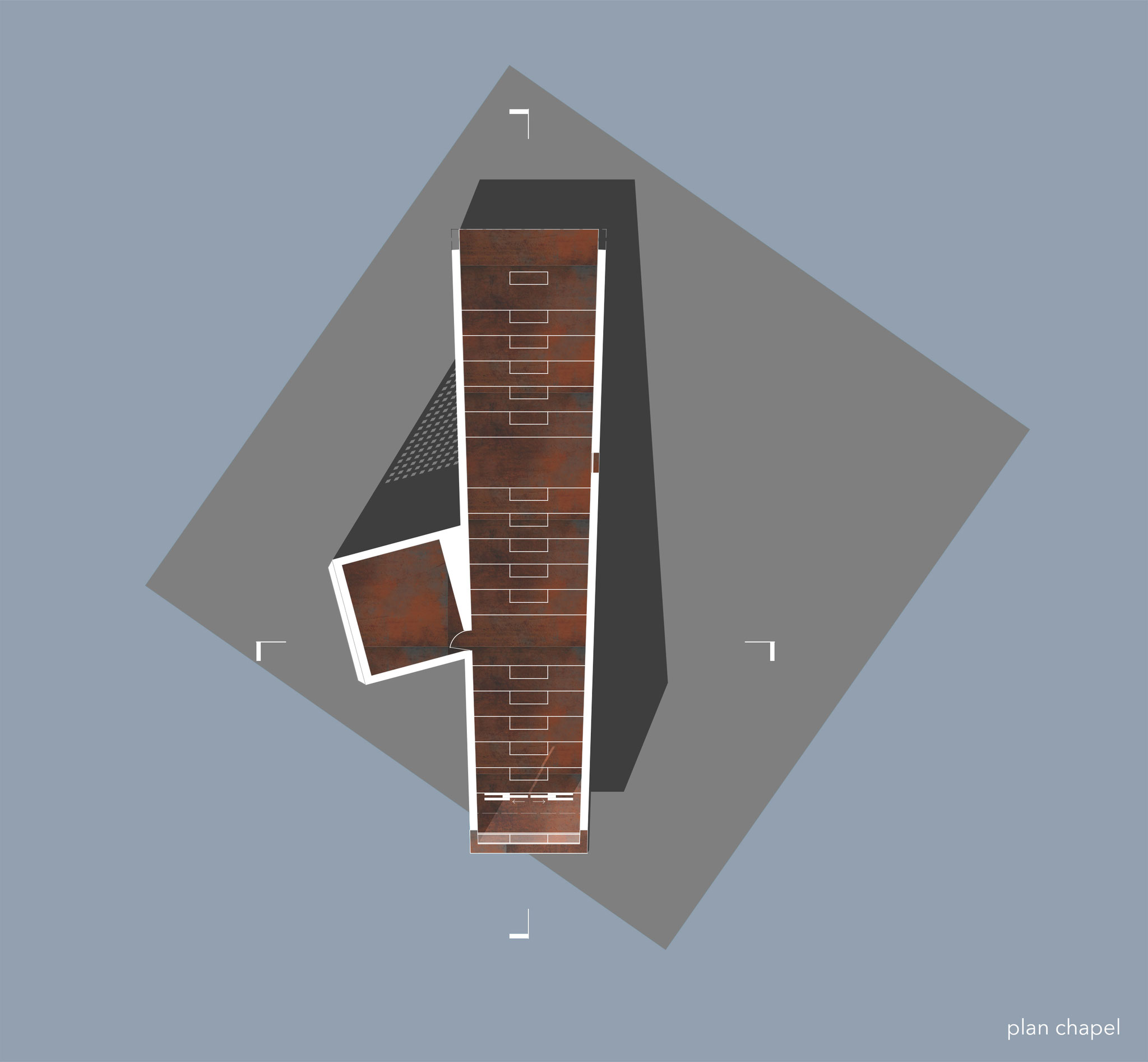